Most Important Update Things
We have been spending a lot of time planning our Kickstarter that we mentioned in the previous update. During recent discussions we decided that it would be in the best interest of the game for us to submit our game to Steam Greenlight before we launch our Kickstarter (originally they would roll out at the same time). This is so we can gauge if Steam will be a viable option for release, so we can build our storefront, account management, etc. off of their API rather than our own or another third-party game client.

As soon as we launch on Greenlight we will be posting an update with a link because we’ll definitely need as much support as we can get. If we can get Greenlit before our KS launches, or shortly after it’ll greatly facilitate storefront development and getting in-game items/rewards to everyone after a successful Kickstarter (which will only be with your support as well!)

Game Mechanics
We have been working on getting the framework for ground targeting in our game so that the Archer and other classes that have AOE type abilities can aim and cast. Right now we have a basic projected targeter that conforms to terrain/objects when aiming it. The next step will be restricting angles (like if you try to shoot from up against a building) and other gameplay restrictions for aiming and doing some sort of artistic treatment for them eventually. 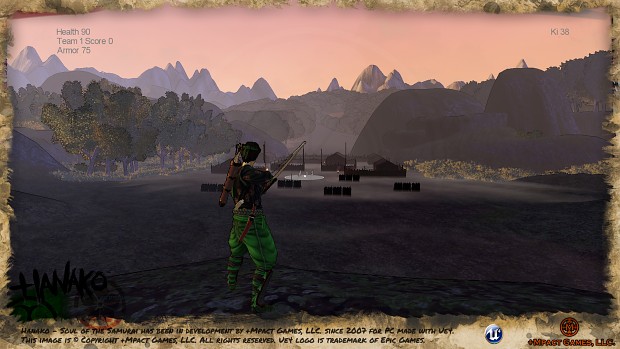 Additionally, programmers have been working on polishing up Archer mechanics and through playtests there are certain areas of the game that we want to smooth out a little bit. Animation transitions are largely controlled through UE4’s Persona editor, and there’s a lot of tweaking of blend times that needs to be done to get some of our status effects (knockdown, knockback, etc.) feeling right.

Recently, as we started designing our next level we decided we needed ladders to allow for more interesting level gameplay and some cases where ramps/hills/stairs were not feasible options to traverse height. We were able to prototype and implement a decent ladder volume mechanic that works across a server (Ladder volumes aren’t a part of UE4 yet, by default). 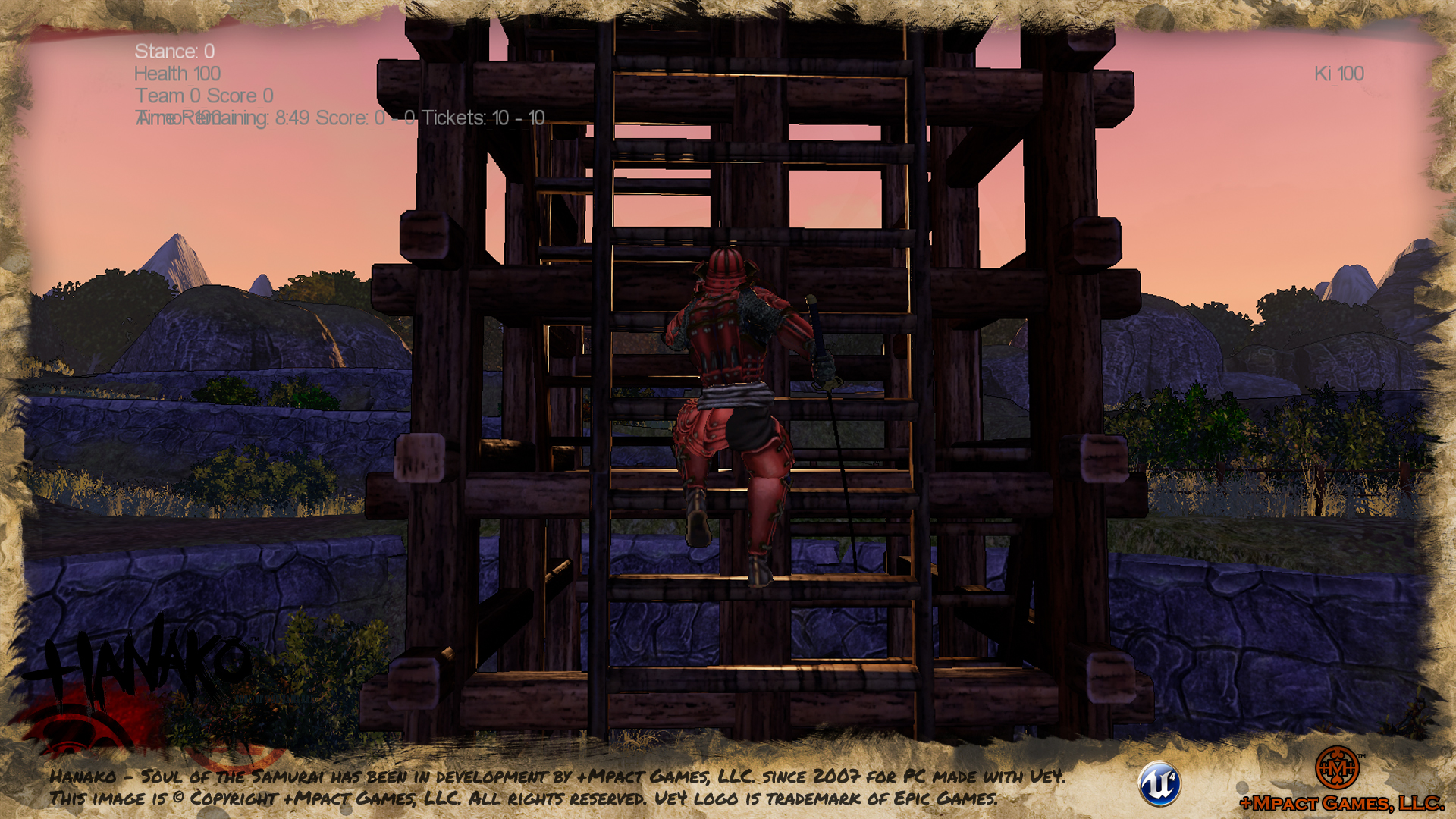 Art/Level Updates
The environment team (which is made up of me :P) just wrapped up on production on the last bit of art for Gifu Crossroads. We will be revisiting this map at some point to polish up and make a few tweaks here and there, but most of what we wanted in the map is there for now. The map was wrapped up with a supply set that has been in the works for a while. 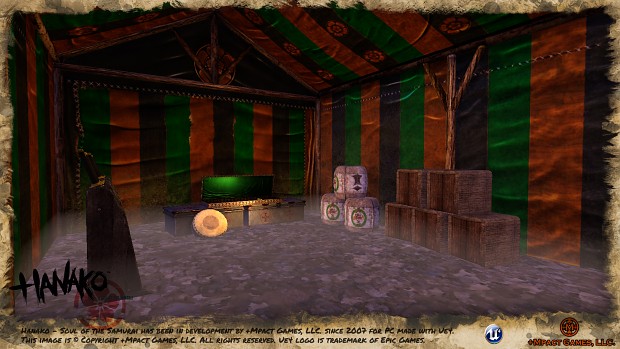 We also are wrapping up on our next character, whose reveal will be rolling out with the Kickstarter next year. He has a few more weeks left in his high-poly/sculpting phase before moving into production of the in-game mesh. We’ll be excited to show this to you when he’s ready.

With production wrapping on Gifu Crossroads, we started blockout phase design for our next map, our first Capture the Informant map. This map underwent a few design iterations before we settled on a design we’re happy to take into dev playtests. We’re particularly excited for this map, as it serves as an introduction to Hanako Clan territory, and because of the deep symbolism associated with the clan, there are a lot of beautiful, symbolic landmarks to unveil as the map comes together in the next 3-5 months. Keep an eye out for screenshots of early production and art to roll out with the kickstarter early next year.

That’s pretty much it for now, the team has taken some time off for the Thanksgiving (US) holiday and will be ramping up production heading into the Christmas/New Year holiday where they will get another week off before we go full sprint towards launching our Greenlight/Kickstarter.

We are very grateful for your support and hope you keep an eye out for our coming updates, as they are the most important ones for our game until release. Please follow our various network sites for the most recent updates.